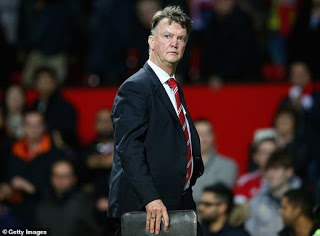 “I’m ending this job. My wife retired 22 years ago so that she could travel with me. I told her I would go on pension when I turned 55. I can’t go on anymore.
Like football players, my wife also has the right to live with Louis de Gaal. I can say she is very happy,” he intimated to AS.

The Dutch tactician’s last job was at Manchester United, when he took over in what was intended as a three year stint, after the disastrous David Moyes reign.
However, despite winning the FA Cup at the end of his second year, van Gaal was sacked and replaced by Jose Mourinho, who had become available after his departure from Chelsea earlier in the season.

Van Gaal has won 20 major trophies in his managerial career including the Champions League with Ajax and multiple Eredivisie, La Liga and Bundesliga titles with Ajax, Barcelona and Bayern Munich respectively.

He had reportedly considered a technical director role after his departure from Manchester United but eventually decided against it after he realized that he couldn’t have any input on the training ground.