Manchester United’s Jose Mourinho is the highest-earning manager in football. 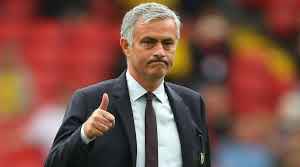