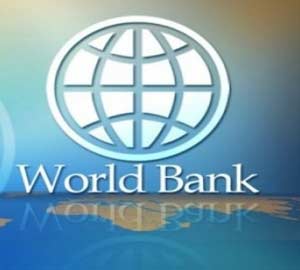 Business Editor THE World Bank has effected a massive cut in its projections for Nigeria’s economic growth rate for 2018 to 2.1 percent, down from 2.5 percent and 1.9 percent for 2019, down from 2.8 percent. This was contained in its latest World Economic Outlook just released at the on-going spring meeting of the World Bank Group in Washington DC, United States of America. The World Bank’s January 2018 Global Economic Prospect report launched on Tuesday, January 09, 2018 in Washington DC, had said Nigeria’s Gross Domestic Product (GDP) is expected to grow by 2.5 percent in 2018 and 2.8 per cent in 2019 and 2020.

Though the new projection still shows a huge leap against the actual of 0.8 percent achieved in 2017 and 0.2 percent higher than its projection in October last year, it indicated, not only a reversal of position but also a widening gap between the positions of the Federal Government and the World Bank on the recovery prospects post-recession while sign-posting the Bank’s concerns over possible stalling of growth momentum as the country prepares for a general election scheduled for first quarter 2019. The Federal government had projected GDP growth rate at about 3.5 percent in its 2018 budget. The Economic Recovery and Growth Plan, ERGP, the government’s medium term economic blue print, had stated: “Real GDP is projected to grow by 4.62 per cent on average over the plan period of 2017 – 2020, from an estimated contraction of 1.54 per cent in 2016. Real GDP growth is projected to improve significantly to 2.19 per cent in 2017, reaching 7 per cent at the end of the plan period.” In its latest report, the World Bank stated: “In Nigeria, the economy is projected to grow 2.1 percent in 2018 and 1.9 percent in 2019 (up from 0.8 percent in 2017), reflecting improved oil prices, revenue, and production and recently introduced foreign exchange measures that contribute to better foreign exchange availability.” The report also indicated that Nigeria would be under-performing the sub-Sahara Africa group of economies which the World Bank projected would rise to 3.4 percent in 2018, up from 2.8 percent actual recorded in 2017, and improve slightly thereafter through the medium term to about 4.0 percent. Though the report did not state reasons for the Nigeria down-grade, it is likely tied to its earlier observations in previous reports that noted the adverse effects of political developments on the economies of sub-Sahara Africa. It also corresponds to the position of the ERGP document which stated: “The slight dip in growth in 2019 is projected to result from the general election in that year with a quick recovery the following year.” On Inflation The current World Bank report has, however, aligned with inflationary trend in Nigeria while indicating that a possible policy adjustment by the Central Bank of Nigeria, CBN, sometime down this year would sustain the inflation rate at double digit through 2018. Inflation rate in Nigeria measured by the Consumer Price Index (CPI) has been on steady downward trend in the past 15 consecutive months dropping to 13.34 per cent in March year-on-year, from 14.33 percent in February according to the National Bureau of Statistics (NBS) report for March 2018. The latest World Bank report stated: “Inflation in sub-Sahara Africa is projected to moderate slightly in 2018 and 2019 but is expected to remain in double digits in key large economies, reflecting the pass-through effects of currency depreciation and their impact on inflation expectations (Angola), supply factors, and assumed monetary policy accommodation to support fiscal policy (Nigeria).”