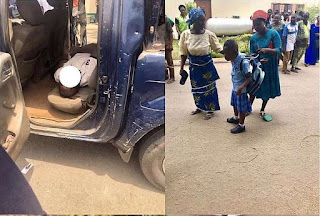 A Civil Defense officer was beaten to death by men of the Nigeria Police Force.

The deceased, identified as Jumbo Ogah Ochigbo, was said to be driving through a one-way in Nyanya, when he was accosted by the officers.

However, in the cause of the resulting confrontation, he was assaulted to death in the presence of his wife and children.

His body has since been deposited at the Asokoro General Hospital.