OTHER NEWS ;How Oduduwa Republic Can Be Actualised – Nnamdi Kanu Reveals

The new agreement, according to the Minister of Labour and employment (State) Festus Keyamo involves the suspension of the new electricity tariff hike for two weeks.

Keyamo in a tweet announced that the agreement was reached at 2:53 am and government has also promised to roll out palliative in two weeks.

“FG & LABOUR reached agreement at 2:53am. Deregulation to stay as Govt rolls out palliatives for labour (details in 2 weeks); Electricity tariffs suspended by Govt for 2 weeks with a joint Committee headed by @fkeyamo to examine the justification for the new policy. Strike suspended.”

Find below details of the agreement reached. 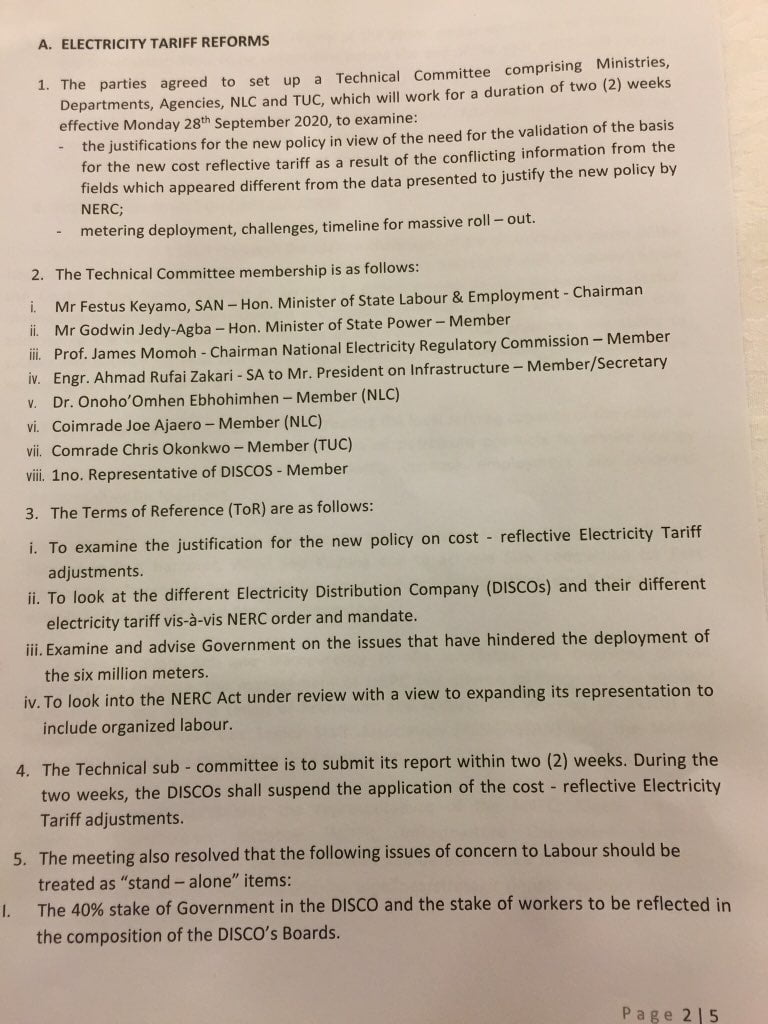 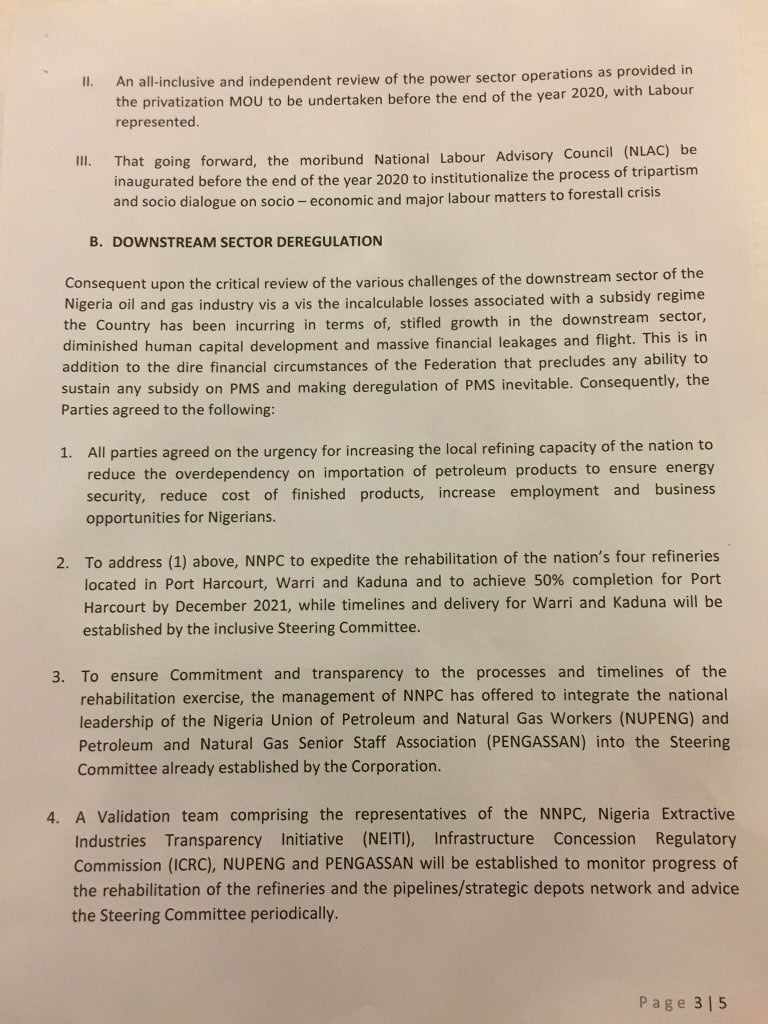 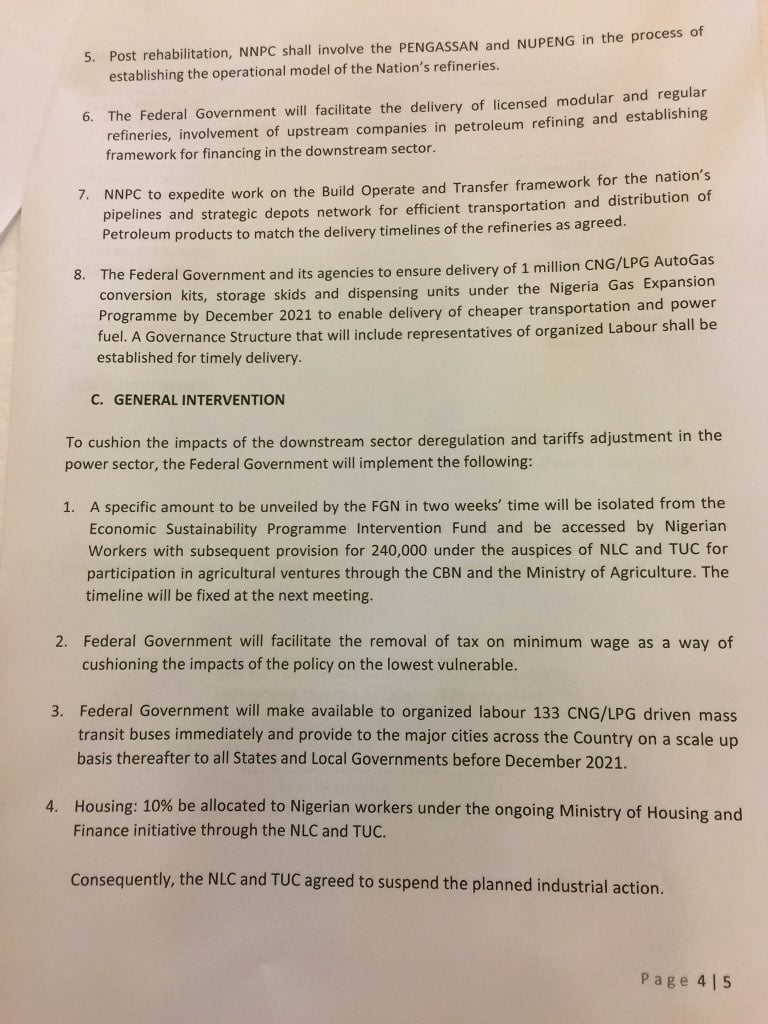