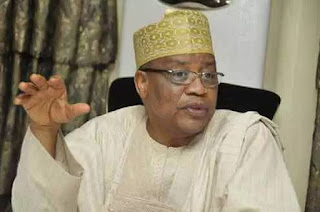 A former military dictator, Ibrahim Babangida, says Nigerians no longer take him seriously because he annulled the June 12,1993 Presidential election adjudgedas the most credible election in the history of Nigeria.

Babangida said this during a programme on Channels Television titled, ‘Roadmap 2019’ on Monday. When asked if he would publish his biography soon to tell his story, Babangida said nobody would read it because of his past.
When asked to explain further if it was true that people dismissed his words because of the annulment of June 12 election, he said, “That is right. They say, ‘he cancelled the freest election in the history but he annulled it’ but nobody gives me credit for conducting the freest election in the country.”
The former maximum ruler said he was hopeful that the younger generation would understand why he annulled the election.
He added, “We try to rationalise why we did what we did but nobody is prepared to listen to us. So, it is a matter of time.
One day, the younger generation will say they have heard one side and want to hear the other side of the story. “Maybe by then we will have a better society that is prepared; that is well-informed of what happened within a period of their existence. They will then be able to say this is the true story.”