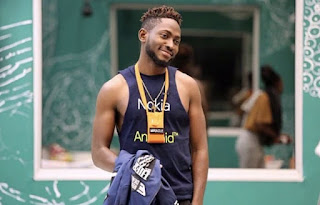 The 85 day long reality TV show, Big Brother Naija has come to an end and a winner has been announced. The handsome pilot and suave personality, Miracle emerged the winner.

Truth be told, Miracle’s victory is beyond luck. There were some things he did right and things that worked for him, that got him massive votes. Let’s examine them.

Researchers have found that physical attractiveness greatly influence investor backings, where good-looking men are more persuasive and 36% more likely to be successful than unattractive men.

How does this relate to Miracle you may ask, Miracle is the dude most ardent female fans of BBNaija have a crush on.

From our findings, most of his fans are mostly females who are more attracted to his charm than to his intelligence.

Why are you bothered about Don Jazzy’s favourite BBNaija housemate?

Why are you bothered about Liz Anjorin’s favourite BBNaija housemate? This is as a result of the influence celebrities have on pop culture.

This celeb endorsement and influence gave Miracle more edge and leverage compared to the other housemates.

Even some of the evicted housemates like Ifu Ennada and Rico predicted that Miracle will emerge as the winner.

Everyone loves to associate with a win. Amazingly, Miracle holds the record for most wins in the Payport arena games with three wins, therefore guaranteeing him another N1 million at the end of the current edition of the reality TV show.

He was also rewarded with N1 million and a year supply of Pepsi products , an all-expense paid trip to Dubai for winning the Pepsi ‘Refresh The Mix’ challenge.

Everyone loves a winner. People gravitate towards successful people. This must have contributed to Miracle’s victory.

Congrats to him once again 🎊🎊